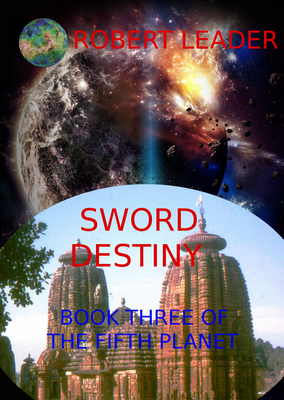 I recently watched an episode of the TV series Ancient Aliens. I can’t subscribe to the heavily hammered view that everything our forefathers achieved was the work of ancient aliens, or that all the gods of every religion were actually alien visitations on Earth. However, the series does range over our ancient civilizations and religious worlds which do interest me and some of its speculations are interesting.

This particular episode focused on Erich Von Daniken and his best-selling book Chariot of the Gods, which first raised the possibility that alien visitors in the past could explain some of the mysterious art work and mythology of the ancients. I read that book when it first appeared, and later the works of Graham Hancock with books like Fingerprints of the Gods, and I must confess that they did influence the creation of my own fantasy trilogies, The Fifth Planet and The Third Planet.

I began to wonder, if they came at all, did these other world visitors have to have come from another solar system or even another galaxy.  Then I learned that the asteroid belt which orbits between Mars and Jupiter could have been another planet which never completely formed or a planet which was somehow destroyed. I visited India and read the great Hindu epics of their mythology and suddenly all these ideas came together.  I created Dooma, the lost fifth planet of our solar system and set the story between the last two Earth ice ages.

Recently scientists have discovered a large asteroid in the asteroid belt which was composed of solid iron, possibly the iron core of a planet which had somehow suffered some catastrophic means of destruction. Now it is difficult to tell where reality and fact come to an end and the fantastic fiction of my imagination begins.

Read the books and find out. The Sword Lord, Sword Empire and Sword destiny tell the story of The Fifth Planet.  The Gods of ice, The Gods of Blood and The Gods of Fire, tell the continuing story of the survivors on The Third Planet.