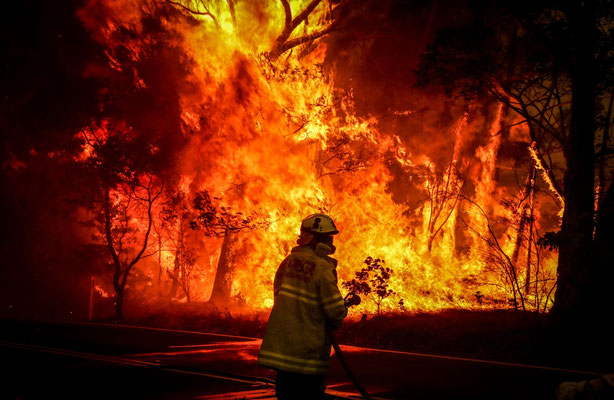 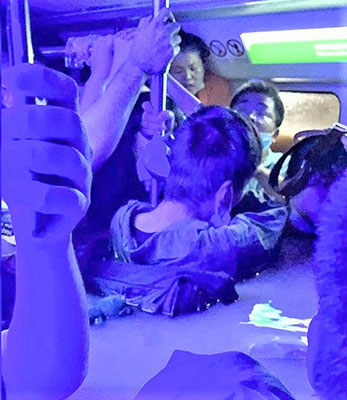 It seems to be generally acknowledged now that our beautiful planet Earth is on a one way ticket to disaster. The last century of unchecked industrialization and the wholesale burning of fossil fuels to power our billions of motor vehicles and aeroplanes, and to generate our vast and often wasteful need for electricity, have all damaged the protective ozone layer that enshrouds our planet beyond repair.

The inevitable result is climate change. Our Earth is getting hotter, the polar ice caps and the glaciers are melting. Sea levels are rising, The weather is changing. Vast bushfires, fierce storms and drastic flooding are the result. Images of exhausted firemen battling the flames of huge forest fires, terrified commuters up to their necks in in flood waters on underground trains in China and similar dramatic scenes are becoming a staple diet on our television news screens.

The indomitable David Attenborough is making a series of films to highlight the dangers and raise awareness. His concern is for the natural world of which we are a part, although often we do not seem to realize it. He insists that it is nearly too late but not quite. Efforts are being made to reverse climate change. We have seen the introduction of electric cars to replace petrol engines and a whole new era of wind farms to produce energy but it all does seem too little and too late.

The problem is that the biggest polluters, China, The United States, Russia and Europe are still locked in a new cold war power struggle. They are all seeking to increase their military and political power and those powers can only be built on a solid foundation of economic power. Small countries with small economies cannot compete in building huge aircraft carriers, fleets of nuclear submarines and vast stockpiles of bombs, rockets and delivery systems.

The first cold war between Communism and the West ended with the economic collapse of the old Soviet Union. The old Politburo in Moscow spent so much of its wealth on the arms race that the supermarket shelves in its cities were empty and it had to fall. It was a much preferable conclusion than a nuclear war which would have devastated both East and West, but the same madness is now repeating itself with a re-arming Russia and a dominant, power-hungry China.

The old security dilemma is at play here. Each power fears the strength of the others and so each power strives for supremacy. Strength is security from attack, in our nuclear world the old détente of balance and assured mutual destruction. However, it is draining and wasteful of resources, and does demand the maintenance of that essential platform of industrial and economic strength which continues the pollution of out atmosphere.

So where are we going, assuming that we can avoid a total economic collapse and a nuclear war between China and the West, in which, incidentally, Russia would be the only winner. Over the weekend I read a review of a new book called MOVE by Parang Khanna, on the subject of how mass migration will reshape the world. The author's argument is that although rising temperatures and climate change will make some areas of the Earth's surface uninhabitable, other areas will be freed up for potential human habitation. Rising sea levels may flood many coastlines and the equatorial belt may become barren desert but vast tracts of Siberia, Greenland and the frozen north of Canada will become warmer and more suitable for human settlement.

When I wrote THE GODS OF ICE, the first book in my THIRD PLANET trilogy, I imagined Antarctica as a once fertile continent that was slowly drifting southward on an infant Earth. The time was visualized as before the last ice age. Now, with global warming, is it possible that the continent of Antarctica could emerge from its ice cap and become habitable again?

Today we have the problem of battlefield migrants from the war torn Middle East trekking to Europe. Economic migrants from Africa are drowning as they struggle to cross the Mediterranean. Across the Atlantic migrants from Mexico, Central and South American are massing to breach the new steel fence that is the border with the United States. In the future Khanna sees these human waves being dwarfed by whole population mass migrations even further northward. The new targets will be Siberia, northern Canada and a genuinely green Greenland.

My imagination feeds on possibilities like these. As an author I can see the potential for a new novel or even a series of novels, Will Siberia become the new Wild West with gunslingers and outlaws and hordes of settlers, some struggling to build a new civilization and others fighting to make the quickest buck? Will existing governments collapse under the weight of these colossal changes or will they fight to control It? Are present nation states doomed as we are all forced to re-locate and become more mobile?

Or can it all be avoided. Ideally the four big players could abandon their political dreams of global domination and stop the arms race. The money spent on weaponry and its maintenance could be diverted to saving the planet. If all that wealth could be invested into providing solar energy we might be able to halt the damage that is still being perpetrated. Our sun provides unlimited energy that is simply beamed out into space. The idea for space stations which could harness that energy and beam it down to Earth for use as electricity to heat and power all our needs has been around for a long time. It just needs the political will and resources to develop the idea into a reality.

We can put a man on the moon, send rockets to Mars and send probes throughout our solar system, so it it cannot be beyond the technological capabilities of mankind to put solar power stations into space. There are already space stations and giant telescopes in orbit. All it needs is united effort and the diverting of wasted resources.

The stumbling block has always been cost. It has been cheaper to keep burning coal or oil, or to invest in wind farms or tidal energy, or even nuclear energy. But we are no longer talking about cost, about opportunity cost or balancing expenditure. We are at the crunch point of saving the planet. Now the cost of not developing the inexhaustible source of solar power could be the loss of this present world as we know it.